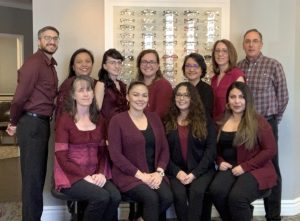 Our Avondale eye doctors specialize in understanding how the human eye really works, as well as diseases and conditions that affect your vision - many of which do not have obvious symptoms. Our amazing eye care staff knows how age and risk factors affect vision over time for young and old, and they understand the benefits and features of corrective lenses including eyeglasses and contacts.

At Estrella Mountain Eye Care, our optometrists take the time to explain the results of your eye exam, describe your options and listen to your eye care needs. Because maintaining good eye health is an ongoing partnership, we encourage you to ask questions and share your health information, which could be vital to monitoring, diagnosing and treating potential vision problems.

So if you're looking for an eye doctor near you in the Avondale area, look no further than Estrella Mountain Eye Care.

Meet Our Avondale Eye Doctors Near You: 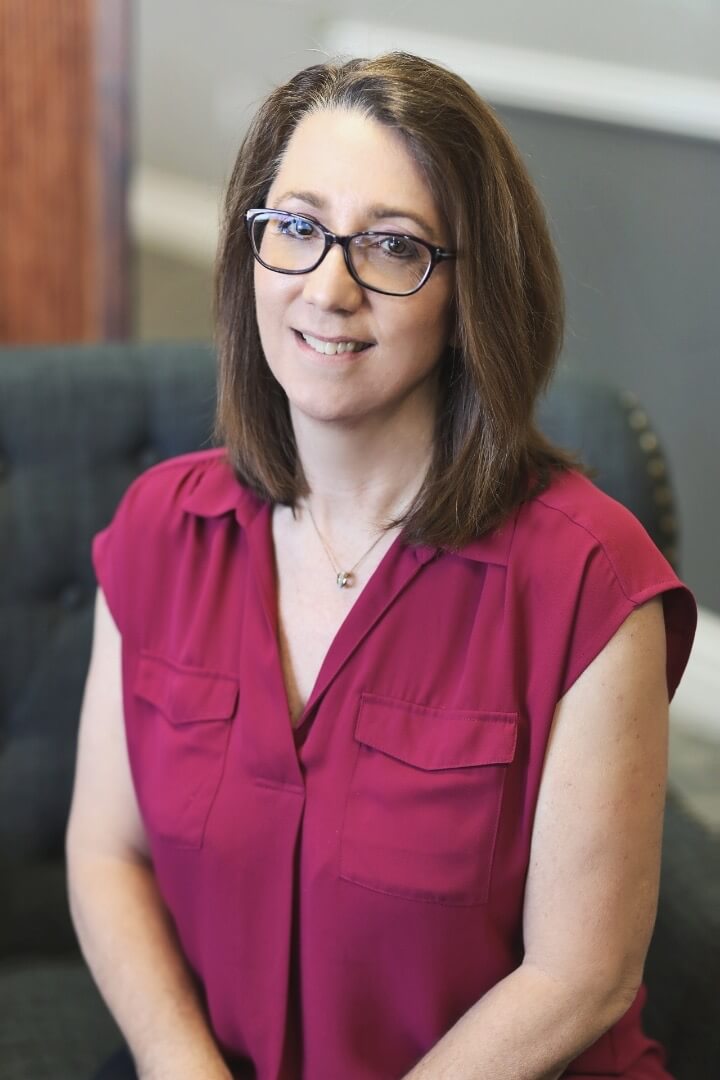 Dr. Beth Pyle-Smith always knew that she wanted to be a doctor. She had narrowed her choices down to marine biology or optometry, but ultimately she decided that she enjoyed helping people more than fish. (Good thing for us, yet she still has a fondness for tall ships.) She graduated from UC Riverside in 1989 with a Bachelors Degree in Biology. She was accepted into optometry school before finishing her first week of her senior year in undergraduate studies. She attended the Southern California College of Optometry in Fullerton, CA, graduating in 1993. She then moved to Phoenix, AZ where she worked for almost 8 years providing geriatric medical eye care. After a mission trip to Guatemala with Dr. Jim Frank, she then joined his practice in 2001. This opportunity allowed her to get back to her love of pediatric optometry. The practice relocated west to Avondale two years later and became Estrella Eye Care. It became a practice where we see infants to seniors, taking care of the whole family’s eye care needs. In 2013, she accomplished a major milestone and became Board Certified as a Diplomat of the American Board of Optometry. As of January 2017, she now owns Estrella Mountain Eye Care (formerly known as Estrella Eye Care). She loves seeing the patients that have been coming to the office for years and enjoys making new friends with the first timers. Her goal is make sure every patient sees the best they can, receive the best eye care, educate each patient about their eye concerns, and have fun in the process.

In addition to running a busy practice, she has been on the Executive Board of the Arizona Optometric Association since 2012 and was its President. And if you thought that wasn’t enough, she is happily married to her husband, Bill, for over 20 years who has supported her along this life’s journey. They have two great teen aged kids that are both busy in club swim, school, electronics and friends. They take care of her father-in-law who lives with them as well. They have two Dobermans and have a flock of hens and never shall the two meet! And if she has any spare time, she will work on her family genealogy, can fruits and vegetables or play games on her iPad. One of these days, you might see her asleep at her desk…if so, just nod your head in understanding and toss a few coins in her vacation jar! She looks forward to what’s next on her journey and thanks for being part of the ride! 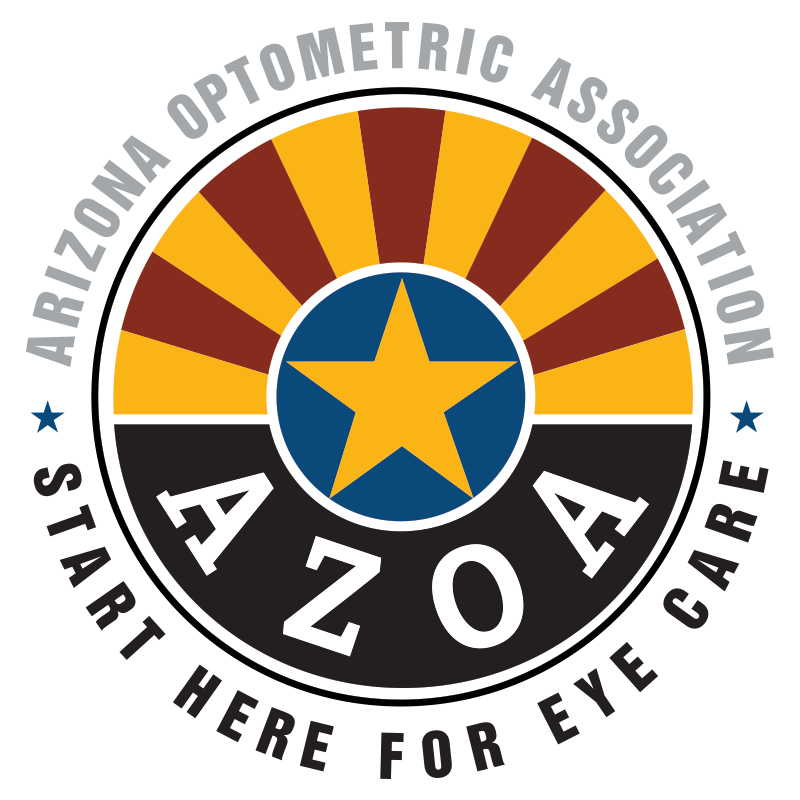 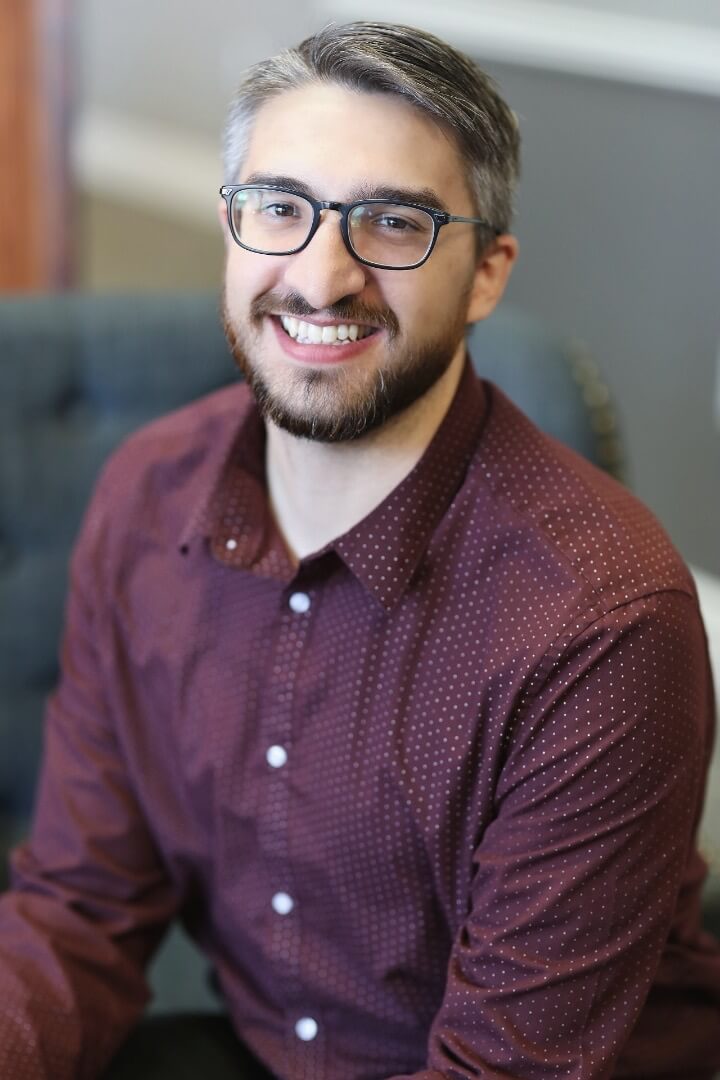 Dr. Cameron Loe is a native of Casper, Wyoming who moved to Arizona for optometry school and fell in love with the state. He graduated from the University of Wyoming in 2014 and from the Arizona College of Optometry in 2019. As the son of an optometrist, he knew early in his life he wanted to improve people’s lives by helping them see their best.

Dr. Loe enjoys diagnosis and treatment of ocular disease as well as specialty and non-specialty contact lenses. He completed three externships during school, one in Fort Defiance, AZ at an Indian Health Hospital, one in Sartell, Minnesota at a private practice, and one in Mesa, AZ at an ocular disease referral site. He has a genuine and caring personality which we believe you will enjoy during your visit!

He lives in Phoenix with his fiancé and they enjoy all the valley has to offer from hiking, to sporting events, and dining out! Dr. Loe plans to call the Phoenix valley home for the rest of his career.

We are Protecting our Patients from Coronavirus

AS OF MARCH 17TH, THE CDC HAS RECOMMENDED THAT ALL ROUTINE EYE CARE IS TO BE POSTPONED DUE TO THE COVID-19 VIRUS.

WE ARE FOLLOWING THE CDC RECOMMENDATIONS AND ASK THAT YOU RESCHEDULE YOUR ROUTINE EYE EXAM OUT AT LEAST 3 WEEKS WITH THE UNDERSTANDING THAT THIS TOO COULD CHANGE.

WE WILL REMAIN PARTIALLY OPEN FOR ANY URGENT OR EMERGENCY EYE CARE ISSUES BY APPOINTMENT ONLY.

For more information and updates on the COVID-19 outbreak and how it impacts on your eye care, please click here.